However, when we are interested in details, the FAST (Famix AST) meta-model provides less abstraction and gives us more information about our model (for example expression statements, identifiers etc.).

In some situations, such as modernization/migration projects, we need the binding between the two meta models. And here Carrefour comes in!

Carrefour represents a two-way link between Famix and FAST, it allows one to navigate on the AST and at the same time return to the elements of FAMIX when needed.

In this blog, we are going to use a simple snippet of code to simplify and grasp all necessary concepts we should know about FAST & Carrefour & Famix. Consider the MyClass class and the following methodAB method:

Let’s prepare the ground for using Carrefour by generating the Famix model of the MyClass class using VerveineJ. Open a code editor and create a new MyClass.java file. Inside the Java file, we add the code above.

To generate the Famix Java model we use VerveineJ by running this command in the MyClass java file directory:

PS: Note that Carrefour uses entities & associations as source anchor information, so make sure to add the option -anchor assoc.

In this section, we start from the MyClass Famix java model and we build the link between Famix and FAST using Carrefour. First, we need to install Carrefour, for example by running the following script on Moose Playground:

Then we import the MyClass model and pick the first class (which is the only class MyClass).

Now, we call Carrefour to generate the AST (the figure below) and bind the newly created AST with Famix. 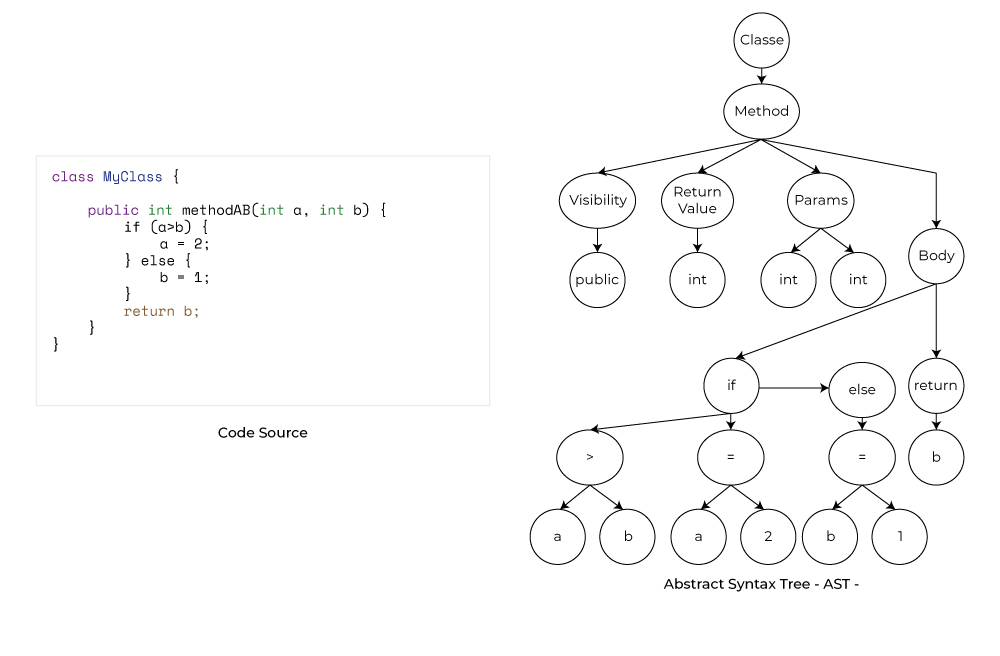 To have a complete vision of the meta-models described above, we give the corresponding figures of each meta-model FAST and FAMIX: 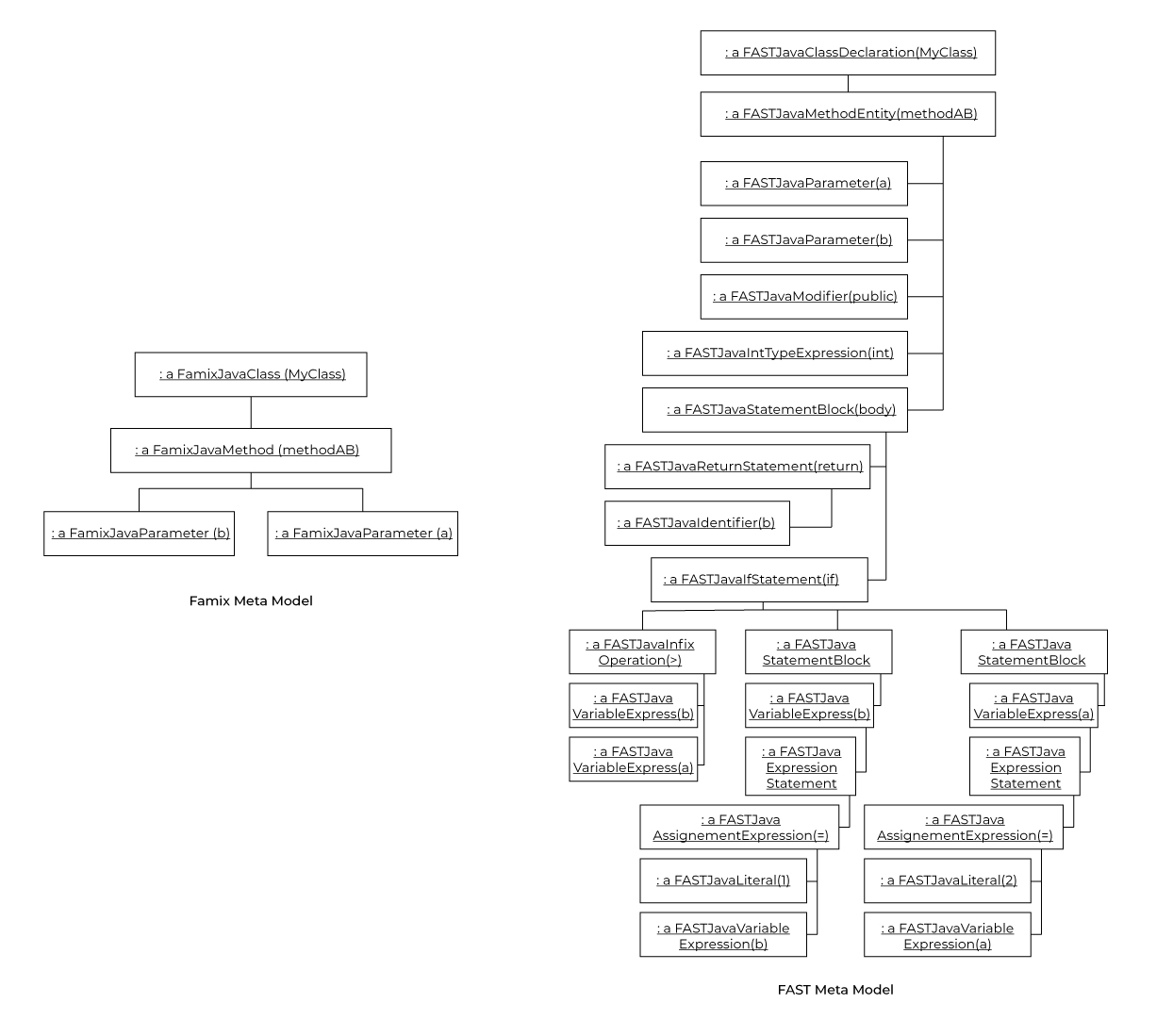 Once Carrefour has been called and the binding is done, we will have the first links between the meta-models as follows: 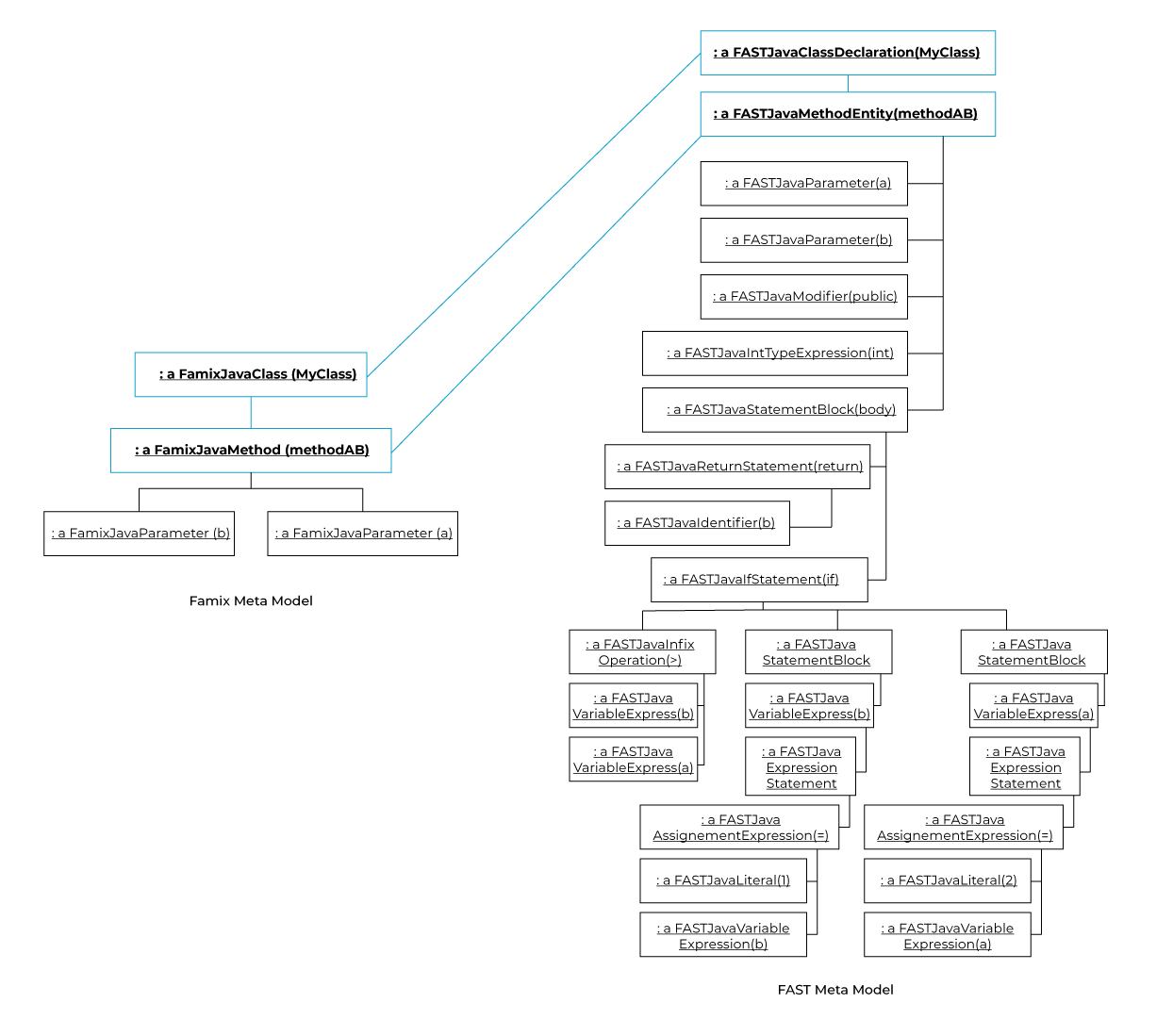 As an example, for the condition level variable (a>b) in FAST we would want its correspondence in FAMIX. To do this, we send the #famixVariable message to the FASTJavaVariableExpression object and we get as returned value the corresponding FAMIX variable. 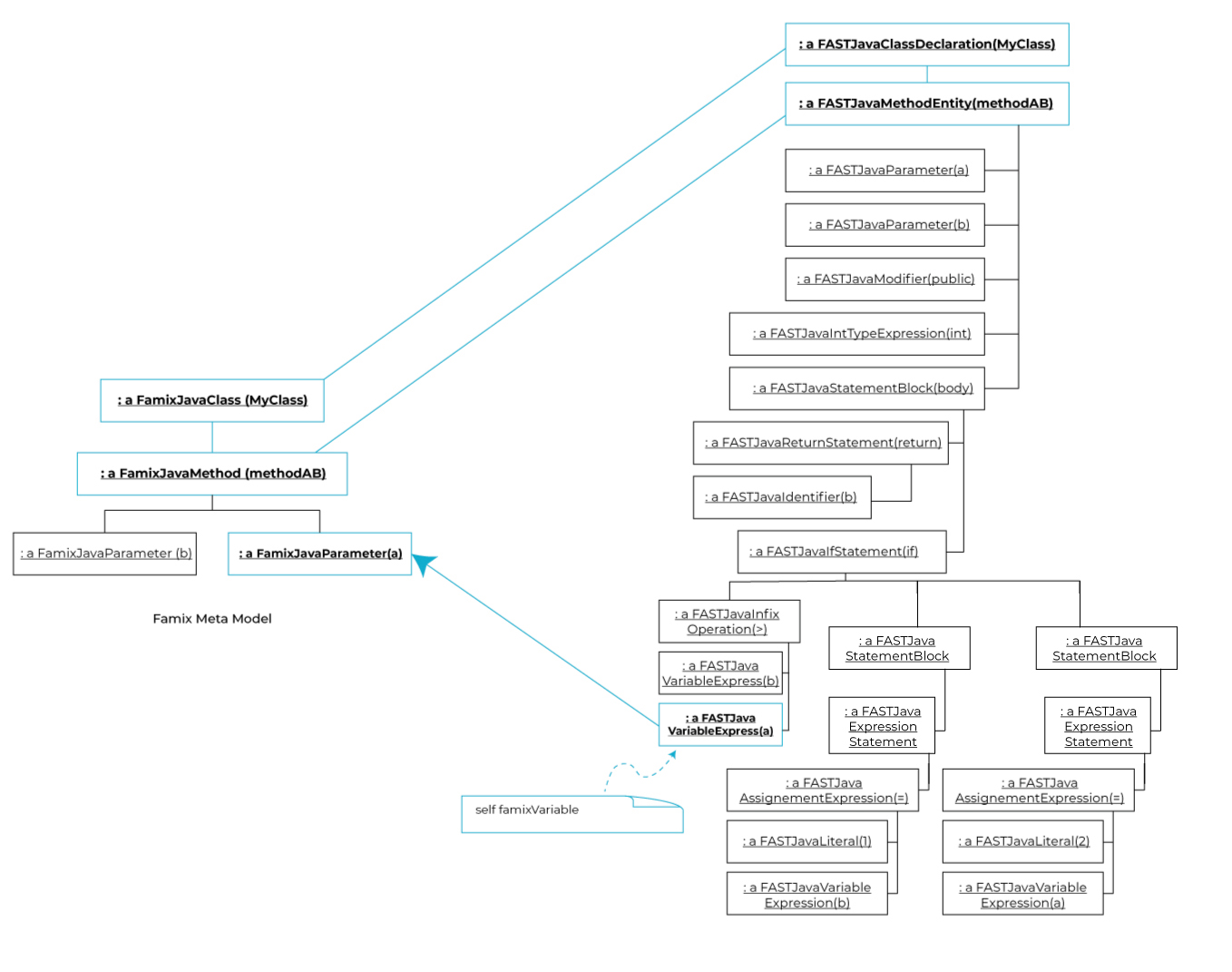 Now we go in the opposite direction, we will access all the matches of the FAMIX variable a in the FAST meta-model.

To do so, we use the #fastAccesses message as in the figure: 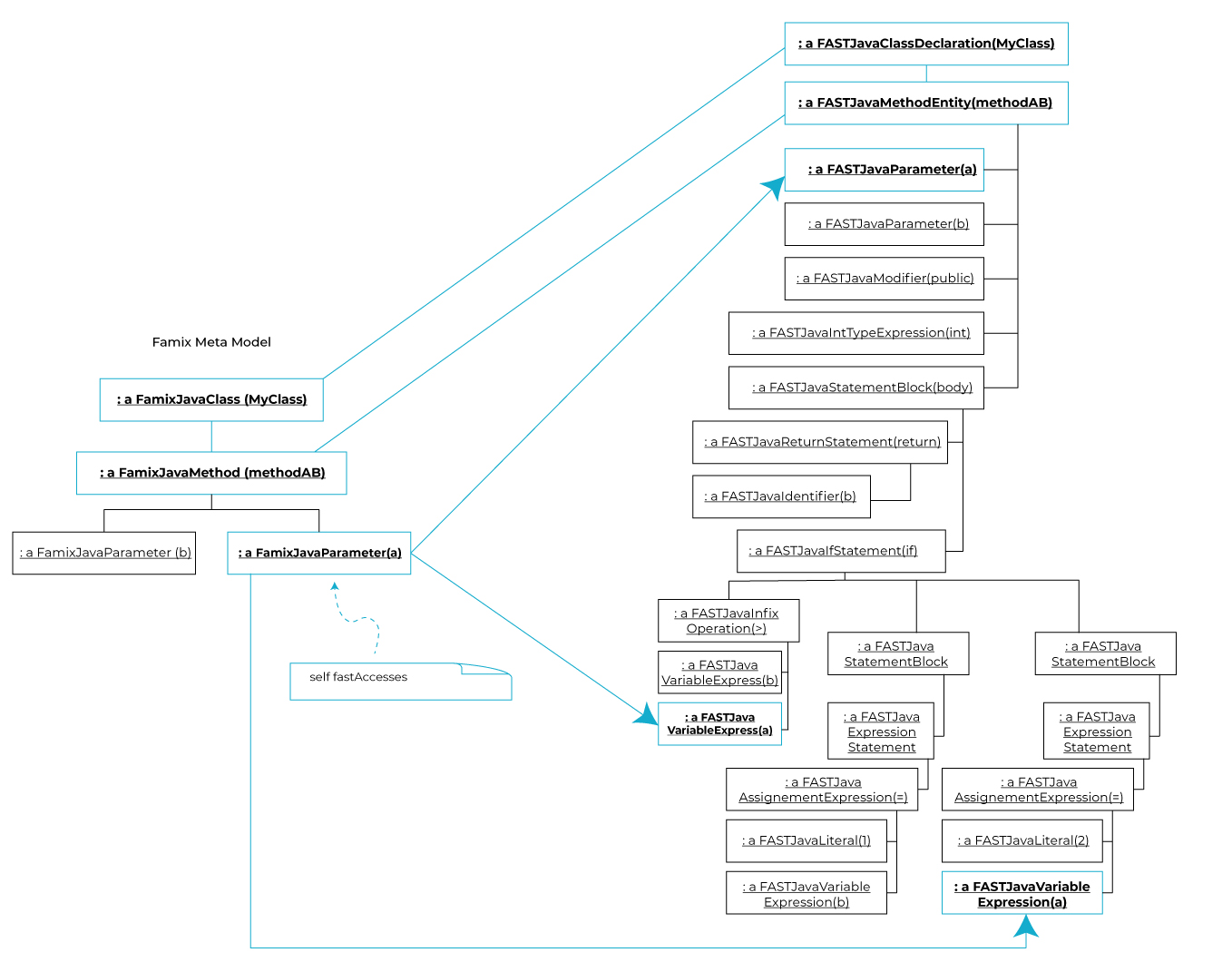 Carrefour also provides the #fastDeclaration API to get where a Famix variable has been declared at the FAST meta-model level.

In conclusion, Carrefour allows us to go back and forth between FAST and FAMIX meta-models. The example used in the blog post is not complex but allowed us to see how to navigate between the two meta-models. In large projects, where there are more initialization, invocation, and relationships between entities Carrefour is crucial to perform deep analysis 💪.